Baobab powder is known for its amazing properties and its nutritious qualities. But is it really true? Let’s check it out.

The baobab tree is highly distinctive in the areas of Africa where it grows. It is found in relatively dry grassland areas where its massive size stands out against the other low-lying bushes and trees. The shape of the tree is also distinctive, with broad trunks that have few branches until the top of the tree produces a wide canopy. In Zimbabwe, the baobab is called the upside-down tree because its canopy looks more like a root system. Legend has it that God turned the tree upside down because he found the taste of its fruit so disagreeable.

Ironically, that same fruit is attracting much interest these days. It has a very bitter, citrusy taste, but one that is growing on some people. In the past few years, baobab fruit has been touted as the next “super fruit” coming from the “tree of life”. A major impetus for marketing baobab occurred in 2008 when dried baobab fruit pulp was approved as a novel food under EU regulation. The pulp is made by removing the seeds and fibre from the fruit, with the remainder dried and powdered. In 2009, the US Food and Drug Administration recognised dried baobab fruit pulp as generally safe. This opened the regulatory door to it being used in foods and food supplements. The raw fruit itself is generally not available outside Africa.

Most studies of baobab have focused on its nutrient content, particularly that of the dried fruit pulp that is available in Europe and the US. Advertisements claim that baobab has more vitamin C than oranges and more calcium than milk. That all depends on how much you consume! Independent tests have found that both the fruit and foods made from the pulp vary considerably in their nutrient content. For example, the amount of vitamin C in fruit from different baobab trees can vary four-fold. This is due to different soil conditions, weather during growth and the quality of storage and processing.

In spite of this, baobab fruit pulp is an excellent source of vitamin C, calcium, zinc, phosphorous, iron and some other nutrients.

The fruit pulp has also been found to have good antioxidant activity.

There are no known negative effects of baobab fruit, although this area has not been studied in controlled research.

The baobab fruit is highly nutritious, although very tart. Fruit juice traditionally made from the baobab is usually loaded up with sugar to make it more palatable. The dried fruit pulp is becoming increasingly available in exotic fruit drinks, shakes and food supplements. Although many claims are made that baobab has anti-inflammatory, anti-bacterial or anti-diarrhoeal properties, none of these have been examined in human studies.

While interest in baobab is growing outside Africa, it will be important not to remove such nutritious foods from those who depend on it. Other exotic fruits have been marketed so heavily in the West that the food became too expensive for those living in the areas where it grows. All parts of the baobab tree are important in Africa for different purposes. At the same time, a renewable resource such as baobab fruit, appropriately managed, is an important commercial possibility for parts of Africa with few other natural resources.

2 Replies to “Does it work? Is baobab really a nutritious fruit?” 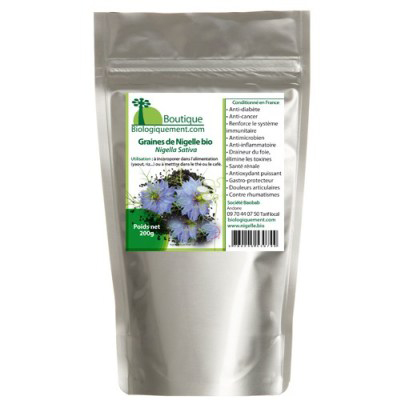